Approvals only for complex oils

The demands on modern engine oils have risen sharply in recent years. Current automotive engines are becoming more powerful and smaller and are equipped with sensitive exhaust aftertreatment systems. Vehicle manufacturers only grant approvals for complex oils which do not yield to high co2 emissions and at the same time contribute to fuel savings. Doing everything right when choosing an oil is therefore essential.

BIZOL Green Oil+ is designed to use in all modern high performance gasoline and diesel car engines. It provides optimum protection for turbochargers and catalytic converter. While meeting the toughest performance requirements of German automotive industry, BIZOL Green Oil+ provide an extra layer of protection for the engine, and peace of mind for the car owner, by exploiting recent advances in lubrication science. It is optimized for vehicles with engine start-stop function under urban driving conditions and demonstrates improved fuel economy.

Turbocharged engines with direct injection are subject to an increased risk of engine damage due to Low Speed Pre-Ignition (LSPI). Unburnt particles in the combustion chamber can trigger preignition at the wrong time. LSPI can occur especially during cold operation, in low speed ranges and under high load, with expensive engine damage as a result.

Engines with timing chain, such as the 1.2 L and 1.4 L gasoline engines from Volkswagen can be severely damaged by insufficient lubrication. In the worst case, the timing chain may even skip or tear. In this case, special protection of the components through optimum lubrication with a high-grade engine oil is essential.

Introduced TCS test at the ILSAC GF 6 exams will evaluate engine oils against chain wear and LSPI from 2019. BIZOL Green Oil+ products are already prepared for the test and can deliver that. The most important and latest technologies are OxShield, W-guard and COMB Lubriboost.

In traffic congestion and frequent start-stop frequencies in dense traffic, the engine oil and engine itself are subjected to increased stress. Due to the lack of airflow, heat accumulates in the engine compartment and the cooling system is no longer able to cool down the engine sufficiently. The result is a rise in engine temperature and premature ageing of the engine oil.

The BIZOL Green Oil+ OxShield technology can compensate this aging process. As compared to mainstream products, BIZOL Green Oil+ posts on average a twice higher score in the oxidation test, and shows outstanding performance in other industry-standard tests. BIZOL Green Oil+ guarantees long oil change intervals. 30,000 km in normal use, 15,000 km under extreme driving conditions, or whatever is recommended by the car manufacturer.

Premature ageing of the engine oil is not the only factor that puts a strain on the engine in traffic jams and heavy traffic. The interruption of piston movement in the cylinder at frequent start-stop frequencies also prevents optimum lubrication with conventional engine oil. Premature collapse of the lubricating film is then a major problem, leading to increased wear of the components.

The BIZOL Green Oil+ COMB LubriBoost technology can withstand these increased loads. It puts to good use the superlubricity phenomenon revealed by certain surface-active comb-copolymers which form a thin protective surface gel film by adsorption to metal surfaces. When the engine is not working, the surface gel film between the contact surfaces of, for example, piston and cylinder does not flow off as quickly, so that a protective lubricating film remains longer when starting. This extends bearing life in engines with automatic start-stop by up to 50 %, with the greatest benefit in city traffic.

BIZOL W-guard technology is for controlling wear. It also contributes to fuel economy, but the latter is a cumulative effect of all other technologies taken together. Most importantly, BIZOL Green Oil+ outperform many other “fuel-economy” engine oils under urban driving conditions. 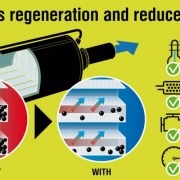 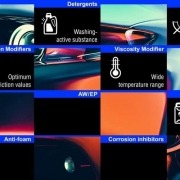 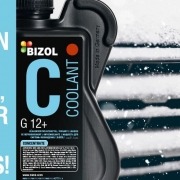 BIZOL 2020 What is the right coolant for my engine? 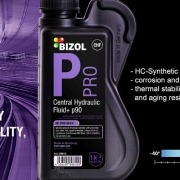 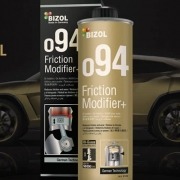 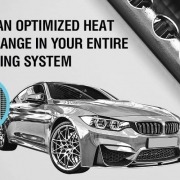 BIZOL 2020 How to prevent leakages in the radiator
0 replies

BIZOL 2020 Oil system clean: What are the benefits?
Scroll to top