Why do you need a fuel system cleaner? 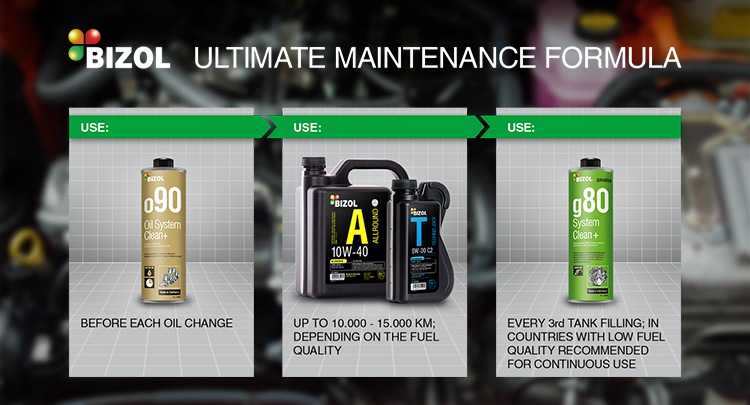 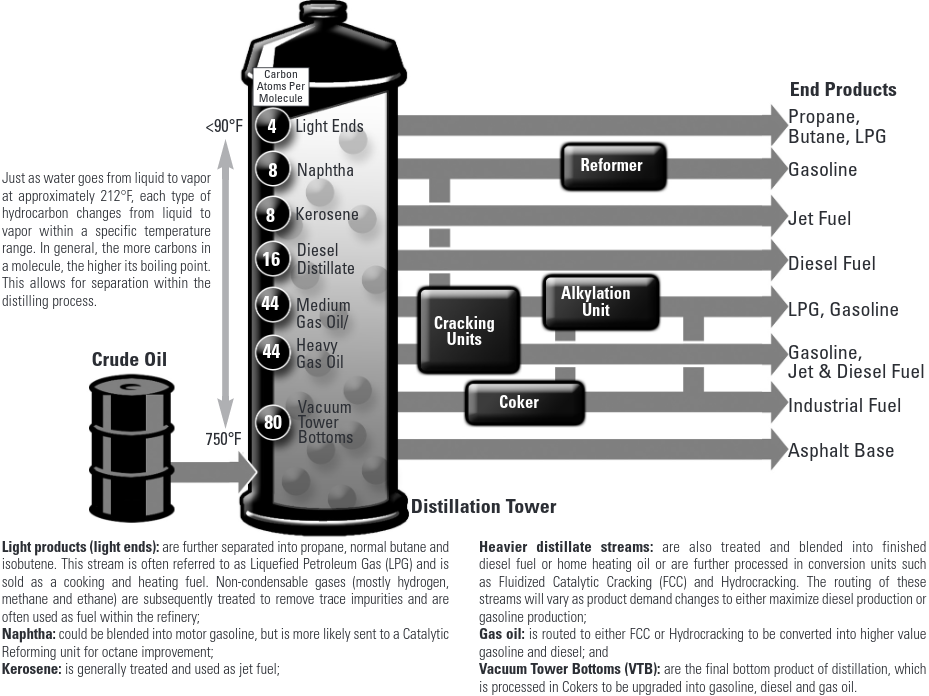 Gasoline is produced by oil refineries from crude oil. The refining process begins from distilling the incoming crude oil into various fractions. The individual distillation fractions are further processed to obtain the so-called base stocks which can be used in fuels and lubricants. In order to be a practical fuel for a modern automobile, gasoline must satisfy a number of requirements as to its volatility, octane number, tendency to form engine deposits, etc. Refiners can meet these requirements by mixing different base stocks, with their selection dependent on cost, refinery capability, and quality of the crude oil feedstocks available. The following refinery base stocks are commonly used in gasoline blending: butane, isopentane, straight run (SR) light gasoline, low-pressure reformate, medium-pressure reformate, high-pressure reformate, FCC gasoline (produced by fluid catalytic cracking).

The physical properties of gasoline have a huge effect on the fuel supply and the combustion process. A certain gasoline density range is assumed when the fuel inlet system of an engine is designed. For instance, in Europe, conventional unleaded gasoline must have a density in a range of 0.725 to 0.78 g/cm3, while in the US; the range is 0.745 to 0.765 g/cm3. In practice, the highest possible density is preferable in terms volumetric net heating value (NHV) and specific fuel consumption. However, with increasing the density, the volatility of gasoline tends to decline, and too low a volatility is likely to cause vehicle operating problems at cold temperatures. On the other hand, too high a volatility may cause problems at hot temperatures, in particular, vapor lock and percolation. Hence, gasoline volatility is always included in the specifications (see e.g. EN 228 in Europe and ASTM D 4814 in the US).

Another important characteristic of gasoline is the octane number. The octane number describes gasoline’s resistance to auto ignition and knock. Hence, the minimum octane rating is also established by the specifications.

The octane rating can be boosted by certain additives. In the past, lead alkyls were widely used for that purpose. However, with the introduction of catalytic converters in the 1970s, the use of leaded gasoline started to decline, and by the end of the 1990s, the leaded gasoline has been phased out completely. However, some other additives – such as MMT (methyl cyclopentadienyl manganese tricarbonyl) came to replace lead in some markets. Finally, aromatic compounds, alcohols and esters that have high octane numbers can also be used to boost the octane rating of gasoline.

However, gasoline specifications extend far above density, volatility, and octane number. Stringent requirements for emissions and environmental protection drive the development of reformulated gasoline (RFG) which must meet certain additional specifications regarding the chemical composition. In particular, the aromatic, olefin and sulfur contents are controlled. The chief contributor of olefins and sulfur in gasoline is FCC naphtha. The production of reformulated gasoline simply accentuates the importance of a particular fuel characteristic - the fuel’s effect on emissions - in the selection of gasoline components. In the US, the Tier 2 Gasoline Sulfur program, finalized in 2000, reduced the sulfur content of gasoline by up to 90 percent – from 300 ppm to 30 ppm annual average – enabling the use of new emission control technologies in cars and trucks that reduce harmful air pollution. The subsequent Tier 3 Gasoline Sulfur program has further lowered the limit down to an average of 10 ppm on an annual basis as from January 1, 2017. The same trend has been paralleled in other countries, see the table below:

These developments necessitate broader use of new “greener” base stocks obtained by catalytic reforming, isomerization, alkylation, etc., as well as oxygenated ingredients such as MTBE (methyl tert-butyl ether), ETBE (ethyl tert-butyl ester) and ethanol. In many countries, oxygenate blending is mandated by regulations.

The average present-day gasoline pool composition in the US clearly reflects this trend:

Specifications may be there but they are not always followed. High quality “green” base stocks require more processing and hence are more expensive. This creates a fertile ground for gasoline fraud and lower quality straight-run base stocks – which are literally cheap and dirty – still find their way to the gasoline pool. Two easy-to-notice symptoms indicating the use of off-spec gasoline are: car performance changes significantly from one fuel station to another; “Check Emission Control” or “Check Engine” warning lights go on soon after fueling. However, these will only show if quality deviations are extreme. Quite too often, differences between “good” and “bad” are not so significant and won’t show up immediately.

No-one would be surprised to hear about issues with fuel quality in third-world countries. However, as a recent study by Cleveland State University shows, there are big variations in quality between different brands of gasoline sold even in the US. It turned out that different gasoline brands use widely varied amounts of additives: some use just the minimum required by government standards, while others – such as Shell V-Power – more than five times that amount.

(I) the “keep clean strategy”, and (II) the “clean up strategy”. The former implies a frequent or continuous use of a “soft” detergent to keep the injection system clean, while the latter strategy requires a different detergent type, and in general at a much higher concentration, to be used at regular intervals, say every 3rd tank filling. Besides that, since the use of low quality fuel puts extra stress on the motor oil, significantly shortening its service life and building up engine deposits, a periodic engine flushing is recommended. The BIZOL Oil System Clean+ o90 can be used to carry out a complete engine flush together with each oil change. And last but not least: the use of a top-tier motor oil, such as BIZOL Allround, BIZOL Technology or BIZOL Protect product lines, deploying a boosted detergent inhibitor (DI) package, helps to mitigate the detrimental impact of bad fuel on the engine. To meet the needs of our customers in regions with poor fuel quality, we have developed the following Ultimate Maintenance Formula: