Blog - Latest News
You are here: Home / Welcome / More power out of a tin? Prove it! – injector service

Claims, claims and more claims, one more extravagant than the next. Yes, of course we are confident that the promises we make about our products are true and that our products can deliver significant tangible benefits. But can we back the claims up with proof? The acid test for any claim is to subject it to real-world scrutiny. So instead of just talking the talk, we decided to walk the walk and prove what we claim. We took a car to a test facility and running a dynamometer test.

Would we be able to find any noticeable gains? And, as much as anything else, prove to ourselves that the additive can deliver real benefits? Is it, after all, really possible to clean the injectors and the rest of the fuel system cheaply and easily, i.e., without the hassle and expense of replacement or a full-blown injector service?

The car we chose for the test was a 1984 Porsche 911 Carrera with the old flat six air-cooled engine.

We used the first run to find out how the engine was performing at the moment. The 911 was running on 98 octane fuel, which we used up before performing the fuel system cleaning routine.

The dyno shows the power curve of the 911 is constant but power drops off suddenly at peak output. The Porsche produced a healthy 200.77 hp, not bad for a classic from 1984. But during the first run we noticed that it was also producing a lot of smoke, most likely indicating that the fuel system and valvetrain was dirty. We suspected that this was also the reason why performance tailed off significantly at the top end.

Now it was time to get the Porsche ready for its second run. The first step was to refuel the 911 with a fresh tank of 98 octane premium petrol and then add Bizol Gasoline System Clean+ g80, the additive for simple injector service. With a fresh tank of fuel, it was time to take the Porsche for a 100-mile run including sections in town, out on country roads and main roads at constantly changing loads. So, with the preparation work done, the moment of truth was almost upon us. Has it worked; will we see a difference? We rolled the 911 onto the dyno for its second run.

And what can we say, the dyno graph tells its own story. After its treatment, the 911 produced a whacking 10 hp more and, even better still, the cliff-edge drop in power had miraculously vanished too. Now the performance tailed off modestly, just as you would expect it to. It was a case of big smiles all round, because even we were impressed that the additive had made such a significant difference.

Still need convincing? Grab a can and try it yourself, we’re sure you’ll be convinced. 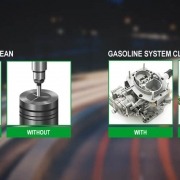 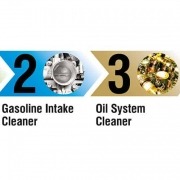 BIZOL 2020 The phenomenon of motor oil and fuel consumption 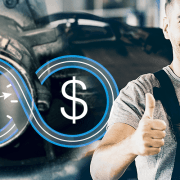 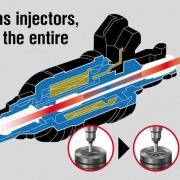 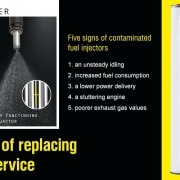