Can additives contribute to improved air quality and help protect the environment?

Daily use and consequential wear, leads to the build-up of deposits such as carbon and gum in the fuel system and engine over time. Additives can help to tackle these problems to restore efficiency, enhance performance and lower fuel consumption. Once residues start to build up, performance starts to suffer and fuel consumption increases, due to the combustion process being affected.

And while the effects of increased pollution may be barely noticeable in terms of a single vehicle, the result in cities and places where vehicles amass is that pollution is concentrated. It is the concentration of wasted fuel and oil smoke entering the air that drastically reduces the air-quality in larger conurbations. Air pollution causes detrimental effects to health and increased disease, especially in vulnerable populations. Children, the elderly, and people living in areas with high levels of air pollution are especially susceptible.

Physical and psychological wellbeing is affected differently by the kind of air pollution we are exposed to. A number of organs and bodily functions can be harmed, the consequences include, respiratory disease, cardiovascular damage, fatigue and headaches, irritation of the eyes, nose and throat, damage to reproductive organs, harm to the liver, spleen and blood and the nervous system.

When carbon, varnish and gum build up on the pistons, valve stems and countless other components, the components stop working as they should. The result is lower performance and increased emissions. Sticking piston rings caused by coke forming in the ring grooves even affects compression pressure. One way to remedy, or at least mitigate, the problem – without going to the expense and effort of stripping down the entire engine – is to use an engine oil flush. One application already dissolves many of the deposits, so that you can drain them out during the oil change.

Varnish and gum build up in the fuel lines, fuel pump, fuel injectors and carbon deposits form on the inlet valves. All of the components that deliver the fuel-air mixture no longer operate as they were designed to and thus emissions suffer as a result. The final price of failure to act is of course component replacement, which often causes far higher costs.

The cheapest and simplest way to tackle the problems of deposit accumulation is to use a system cleaner to remove the dirt and residue so that the vehicle produces as few emissions as possible. But it is not even just a case of protecting the environment or your fellow citizens, removing contamination from the engine and fuelling system also means you won’t have to keep filling up the fuel tank so often, saving you money straight away. And with fuel prices rising dramatically, there is no time like the present to treat your vehicle to a freshen-up. 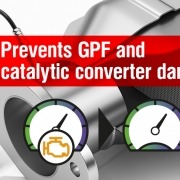 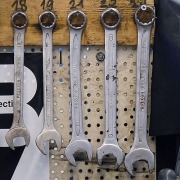 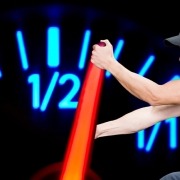 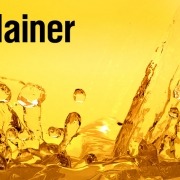 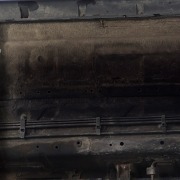 Trips and Tricks from the Workshop – The Underseal Hack 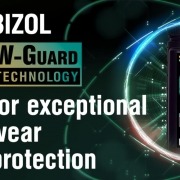 MOTO has got your viscosity covered